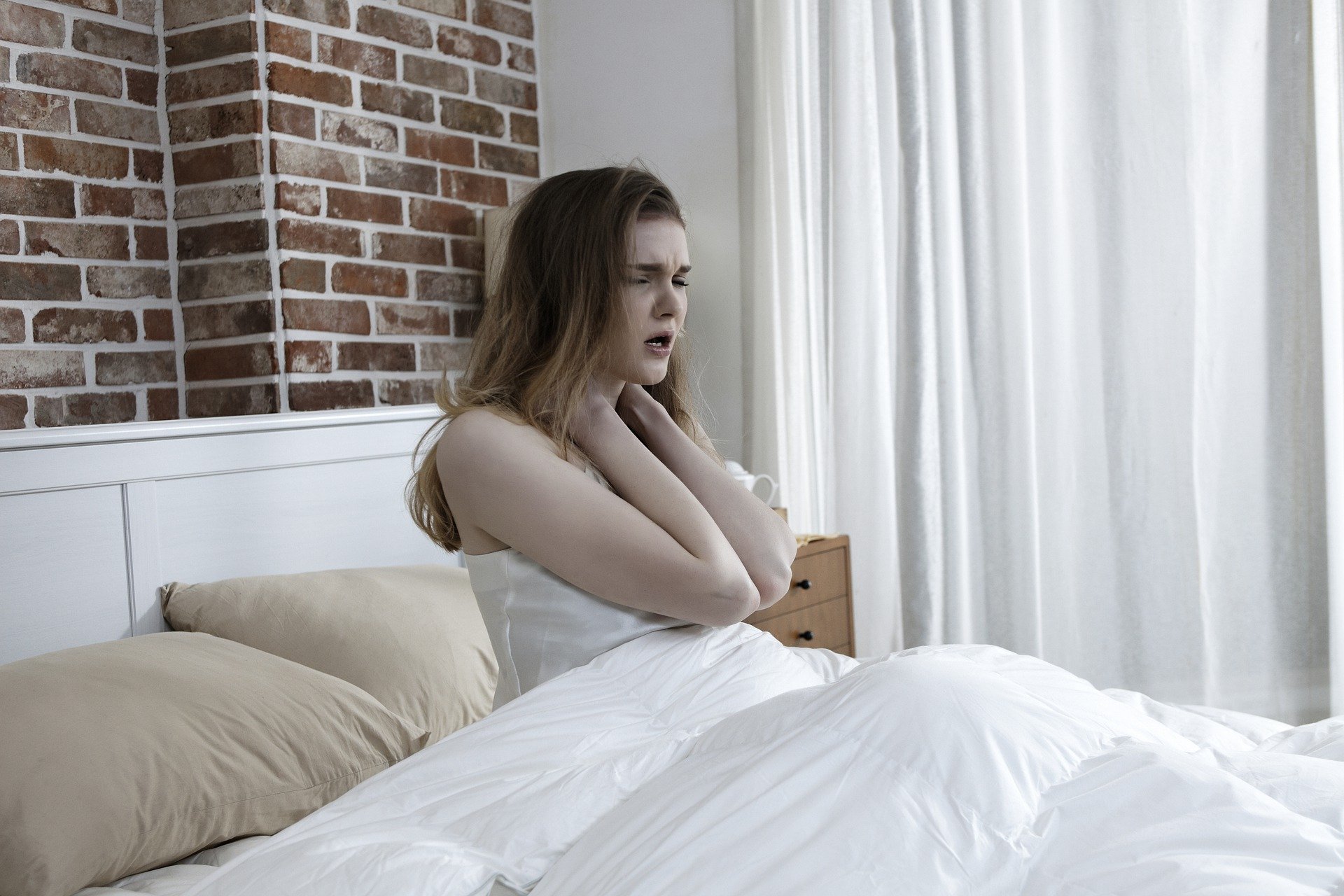 **This is a review of a gifted product. Posts on Doing the Impcosible may contain affiliate links.**

A good night’s sleep is so important for your health and well being at all times, but especially when trying to conceive. A lot of the time, however, sleeping for a solid 8 hours each night is easier said than done. I’ve struggled with sleep for as long as I can remember. Sometimes I think I’d be better off nocturnal. And I’m not alone!

As my fellow PCOS sufferers may know, lack of sleep is one of the many symptoms. It’s a vicious circle: a good night’s sleep is needed for regulating our hormones. And yet, it’s often the condition itself that is creating the sleep disturbances that we put up with. 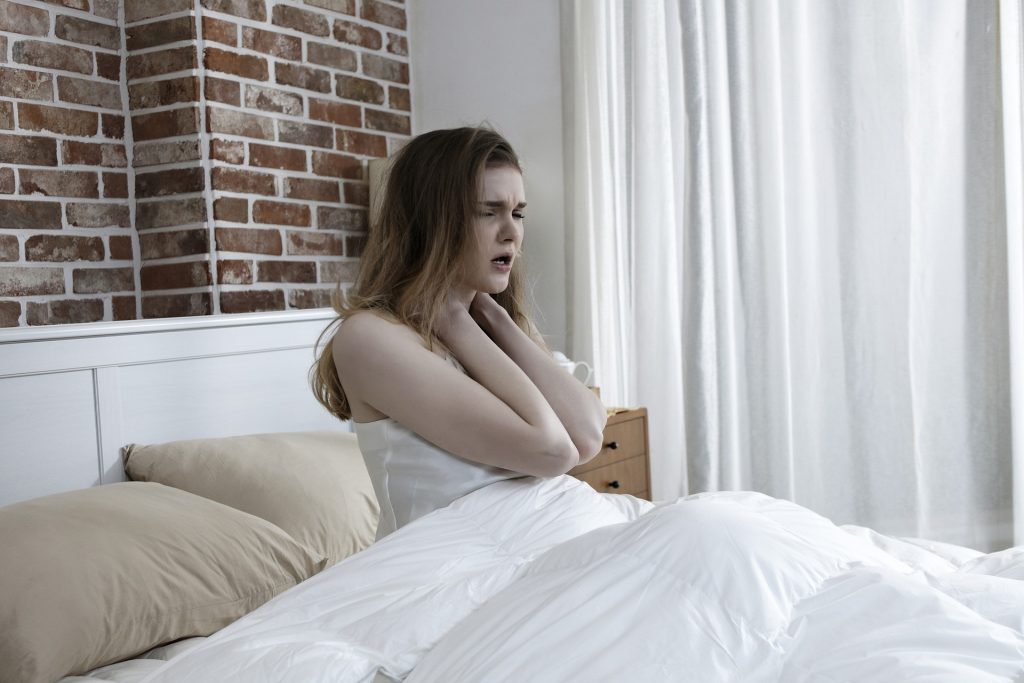 There’s tons of advice out there on the internet about how to improve your sleep – I think I’ve tried just about everything! Cutting out caffeine, limiting my screen time, ensuring the room is pitch black, meditating, upping my exercise. You name it, I’ve tried it in a bid to improve my sleep hygiene.

You’ve guessed it – nothing’s really worked! I’m still not a good sleeper. Unlike my partner who is asleep the minute his head hits the pillow. (How annoying is that?!)

But I’m willing to give anything a try. That’s why I jumped at the chance when The Fine Bedding Company asked me to review their Night Owl Coverless Duvet.

I received my Night Owl Coverless Duvet in the post shortly after ordering. It came neatly packed in its own handy duffle bag. This’ll be great to store it in when it’s not in use as it’ll keep it compact to save space. 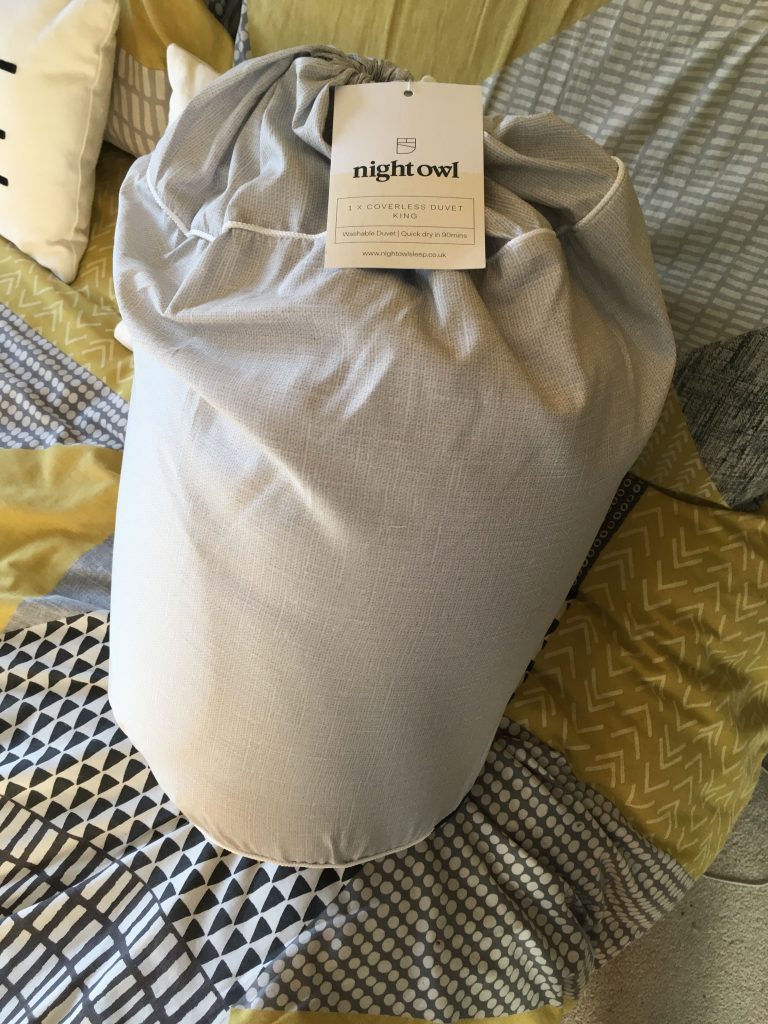 The bag matched the duvet itself: the same colour and material as the outer layer of the duvet. It comes in five different colours but I chose the cloud grey as it was the closest match to the colour scheme in our bedroom.

As you’d expect of a duvet, it comes in a range of sizes – from single through to super king. Similarly there are two thickness options: 4.5 and 10.5 tog. As it’s winter, I chose the 10.5 tog duvet to review.

I have to say that the Night Owl Coverless Duvet was a big change from our regular duvet with a cotton cover on. Made from polyester and recycled bottles, this is much lighter than a traditional duvet. Although lovely and soft to the touch, it did remind me a bit of a sleeping bag.

At first I thought I’d be cold during the night despite the 10.5 tog rating as it just seemed so much thinner than our regular duvet. But I can gladly report that I was wrong! The Night Owl kept me toasty all night – but not too warm that I needed to stick a leg out from under the covers.

Despite the Night Owl being lightweight, it does seem to fluff up a bit and trap air in it, so it’s lovely to snuggle under. Since getting it a few weeks ago, we haven’t changed back to our regular duvet at all. Whilst I wouldn’t say that I get off to sleep any easier, I do seem to stay asleep more – perhaps because my temperature is better regulated with this thinner duvet? 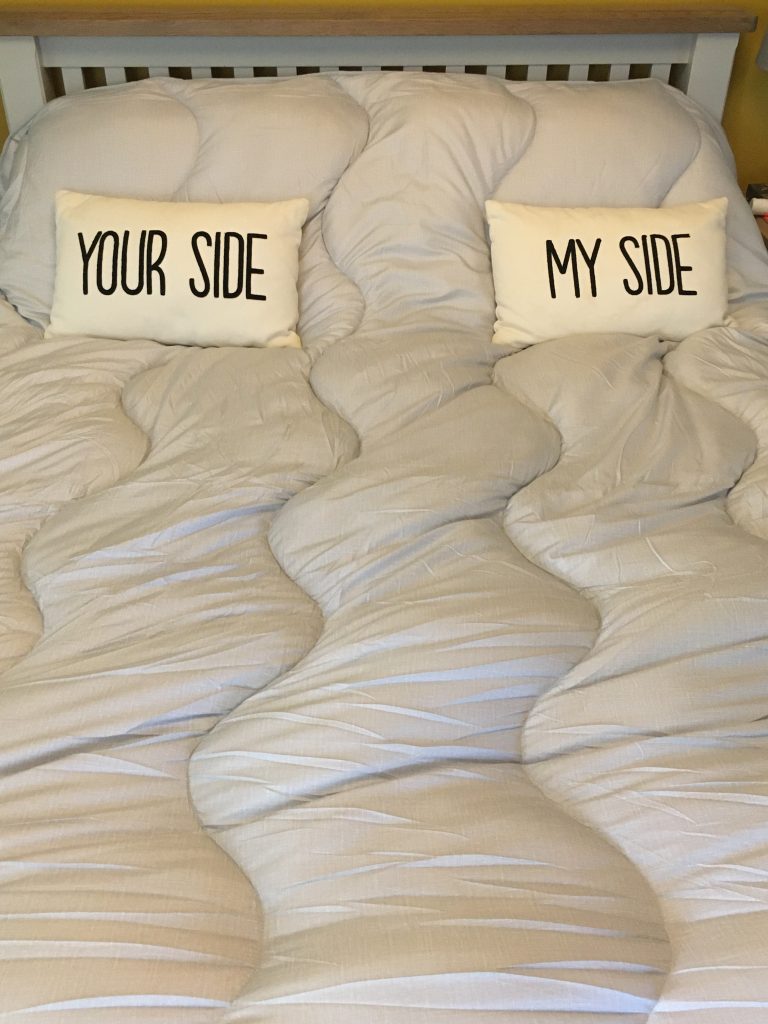 Although I’ve been using the duvet every night for the last few weeks, it has been through the wash! One of the benefits of the Night Owl is that it’s washable. So not only do you not have to contend with putting a cover on it, but the whole thing can easily fit in the washing machine.

According to The Fine Bedding Company, it’s also suitable for the tumble dryer and will be dry in 90 minutes. Unfortunately, I don’t have a tumble dryer so can’t test that out. However, I did dry this by draping it over the bannister (it’s January!) and whilst it was still damp after 90 minutes, it was dry after a few hours and went back on the bed the same day.

Would I recommend the Night Owl Coverless Duvet?

Needless to say I’m now a big fan of The Fine Bedding Company and the Night Owl Duvet. I’m looking forward to getting the matching pillowcases for our bed as I know that this will be a permanent swap for us. And I’ll probably look into getting one for the spare bed, too. It’ll be much more convenient to wash and change the bedding when we have guests. Even better – we won’t need to store spare sets of bedding or wrestle with making the beds!

If you want to try it out for yourself, you can find more info over on The Fine Bedding Company website.